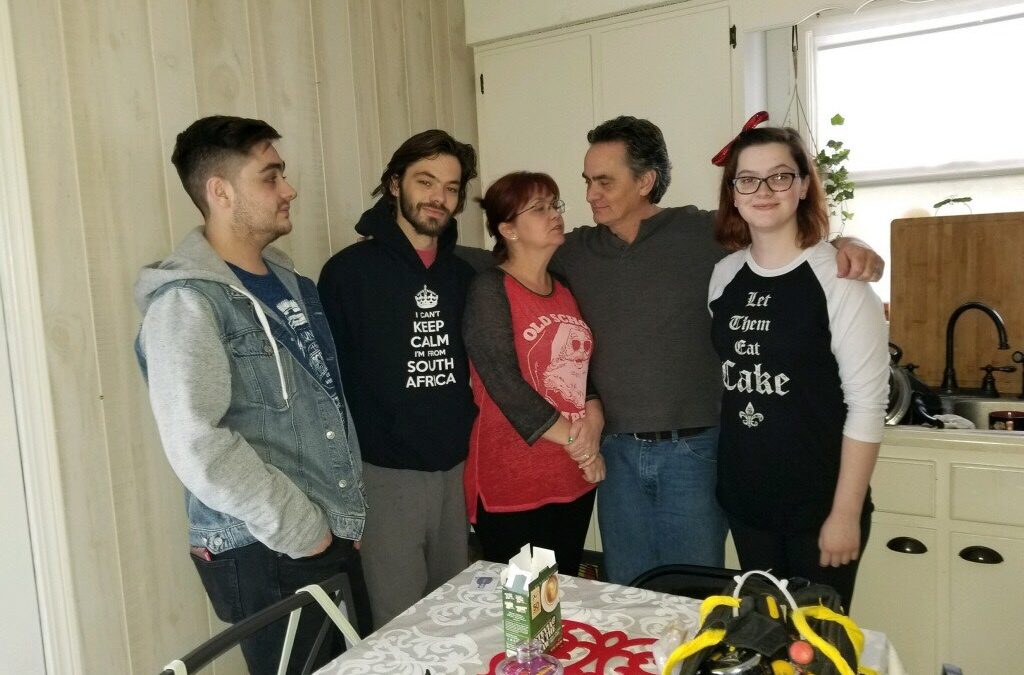 Imagine your office boasted the most beautiful views of the Great American Outdoors. For a new U.S. citizen, what could be better?

In the six years since Brendan O’Reilly began driving for Dot Foods, he’s seen over 670,000 miles of the nation. He says being a truck driver allows him an outside view he wouldn’t experience in other jobs.

“I’ve always loved the outdoors,” says O’Reilly, who came to the U.S. from South Africa almost seven years ago. “I’ve never liked being within four walls. The truck is my office, and I love the open space.”

O’Reilly says he and his family left their homeland to settle in the U.S. because of the political and economic instability in South Africa. Now, home for O’Reilly and his family is Springfield, Illinois. He, his wife and their three children became U.S. citizens in June.

In his home country, O’Reilly worked in logistics for trucking companies. But he recalls the difficulty of finding a job when he arrived in this country since he didn’t have job experience in the U.S. He worked as a line cook for County Market for seven months, then enrolled in a trucking course at Lincoln Land Community College.

During one session, he met Dave Ferrill, driver recruiter, who encouraged O’Reilly to consider working for Dot. It was a good move for both him and the company.

“Dot has done wonders for me in the six years I’ve been here,” O’Reilly says.

Tim Eckhardt, senior transportation manager, says of O’Reilly: “He’s a wonderful person and represents Dot in everything he does.”

Life On and Off the Road

When he’s not on the road, O’Reilly and his family spend as much time together as possible. They’ve connected with others who have moved to the area from South Africa, many through social media. O’Reilly says they like to gather to celebrate their culture with a “braai” (similar to a barbeque) complete with South African dishes.

When he is on the road, he says it can get lonely, and being away from his family is the hardest part of his job. His cell phone helps bridge that gap.

And he’s gotten used to American winters. He says the last time it snowed in Johannesburg—the largest city in South Africa—was in 1981. So it was challenging to steer a Dot load through Minnesota in November, and one that he got used to by driving “slow and steady.”

He loves the scenery that flashes by his window, whether it’s the “winter wonderland” of Lake Michigan, the swamps of Baton Rouge, or the mountains around Denver — three of his favorite scenes in the 26 states he’s traveled through.

Although his favorite scene is, of course, home.

Are you interested in an exciting new career? Dot Transportation is hiring! Apply to our truck driving jobs today.