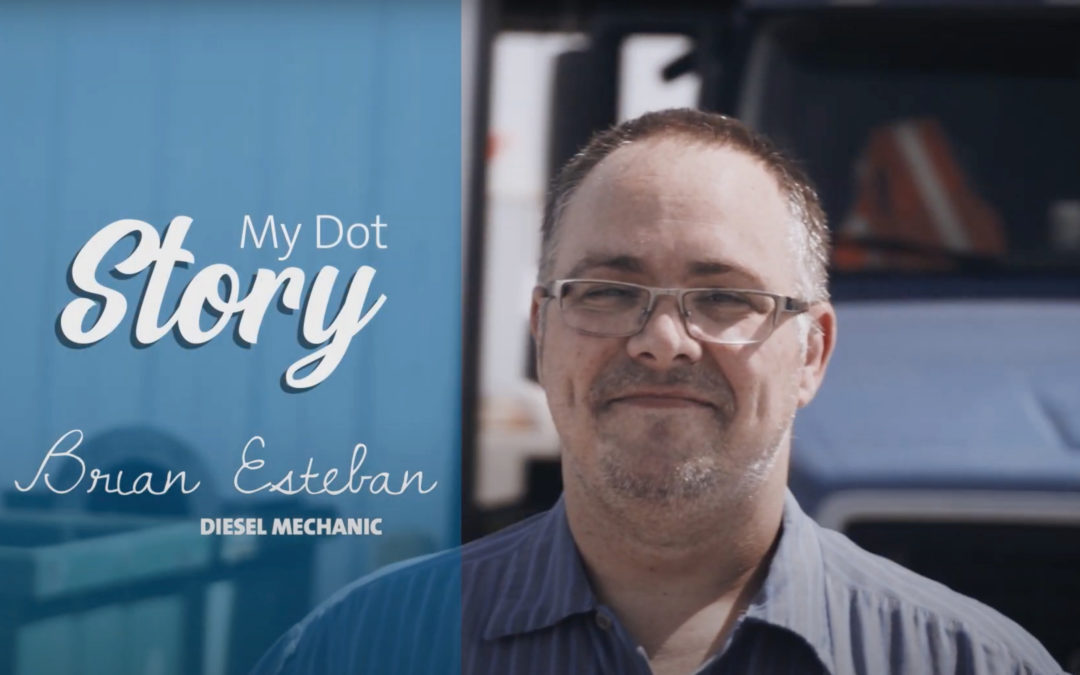 Brian is a homemade BBQ sauce chef. He makes delicious sauces in his free time and loves to share his new concoctions with family, friends, and co-workers!

“Coming up with different flavors I think is my favorite part about the whole thing,” said Brian.

“When I make something and someone really enjoys it—that’s where I get happy. You know, I get the enjoyment because I get to see somebody else be like ‘oh man…’ You want to be different, ya know? You want that unique taste out of there.”

About 10 years ago, Brian went back to school to become a diesel mechanic. Brian was able to take advantage of Dot’s tuition reimbursement program to help him get the education he needed to become a Dot diesel technician.

“Dot’s always been—no matter what you do—they’re pretty supportive over you,” said Brian. “They helped me reimburse my tuition.”

A few years into Brian’s employment at Dot, he was in a terrible motorcycle accident.

“I know I won’t ever forget it either,” said Brian.

“Going down [the road] on my motorcycle… riding… pitch black, ya know? And I see a car coming and I’m like ‘Aw man, no, this guy’s on my side.’”

Brian’s ankle and leg were smashed between his motorcycle and the car that hit him. He hit the windshield, rolled over the top, and then landed on the ground.

“I remember it because—the crazy thing is I remember the whole thing, like it’s just slow motion,” said Brian.

Thankfully, Dot was incredibly supportive of Brian’s recovery and wanted to make sure he was 100 percent okay before returning back to work.

But, that couldn’t be further from the truth.

“One thing that they said was ‘Don’t worry about it. Take your time.’ They were like ‘Hey, when you come back…’ it wasn’t like an ‘if,’” said Brian. “No, it was a ‘when you come back we’re gonna make sure we take care of you.’”gs.

“It’s not the numbers. It’s the people that do matter. They still care about the employee, which is… you don’t hear that anymore.”