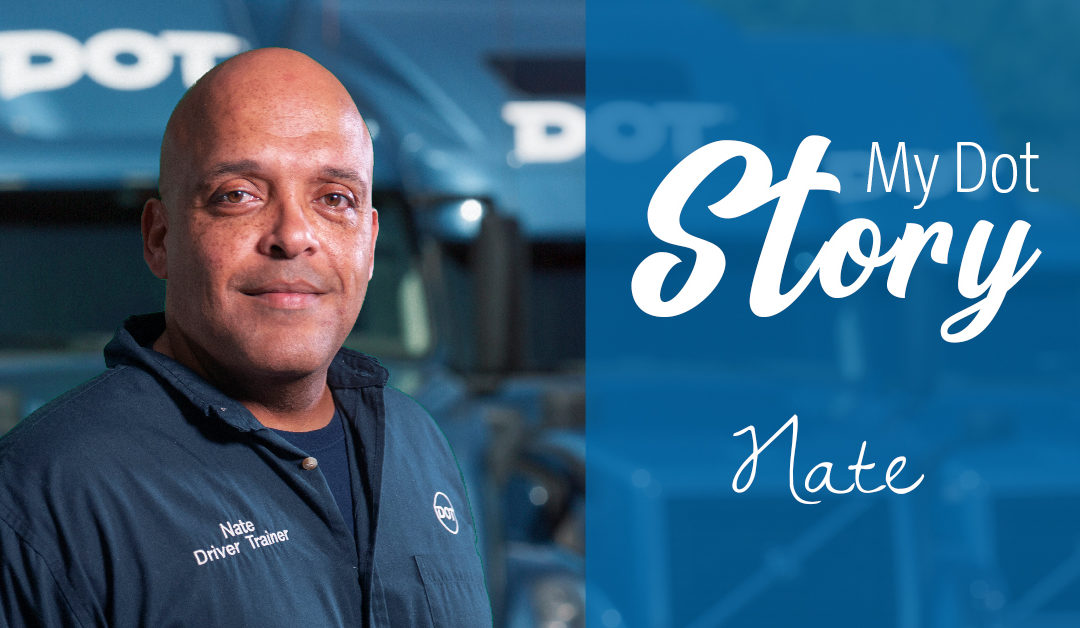 Everyone Has a Story

Like every Dot employee, Driver Trainer Nate has a great story—filled with self discovery, a big move halfway across the country, and family.

“Everyone has a story,” said Nate. “That’s what I’ve learned with this—with this career. And the more that I’m out there, it just opens up and you just really get to know people and see how this career can actually change their lives.”

From California to Chicago

Nate was out in California when he noticed a Dot truck for the first time.

Nate’s Dot story starts in Modesto, California. But he is now living out his days as a Dot driver trainer in University Park, Illinois.

“My father had passed away when I was 18,” explained Nate. “My brother was 17. We grew up in different households, so we were kind of kept away from each other. I remember seeing him at the funeral and then I didn’t see him again for a long time… So, just one day, we just started talking and he kept saying ‘you should move up to Chicago.’”

“[Dot] had opened up this facility here in University Park, so I decided to move up here,” said Nate. “Dot was very accommodating. They gave me the time off to be able to come up here and try to make sure I was comfortable up here first.”

Now that Nate lives in the same area as his brother, they love to spend their free time together when Nate is not on the road. One of Nate’s favorite things to do is to go into Chicago to watch his brother and his band play live music.

“Having the relationship with my brother that I do have now, I feel like I’m completed,” said Nate. “There’s just always something I felt was left out that I thought I’d never get any answers to and he’s been able to explain a lot about my dad to me, too. It really makes me happy to be up here.”
Nate

Ready to start your own #MyDotStory?