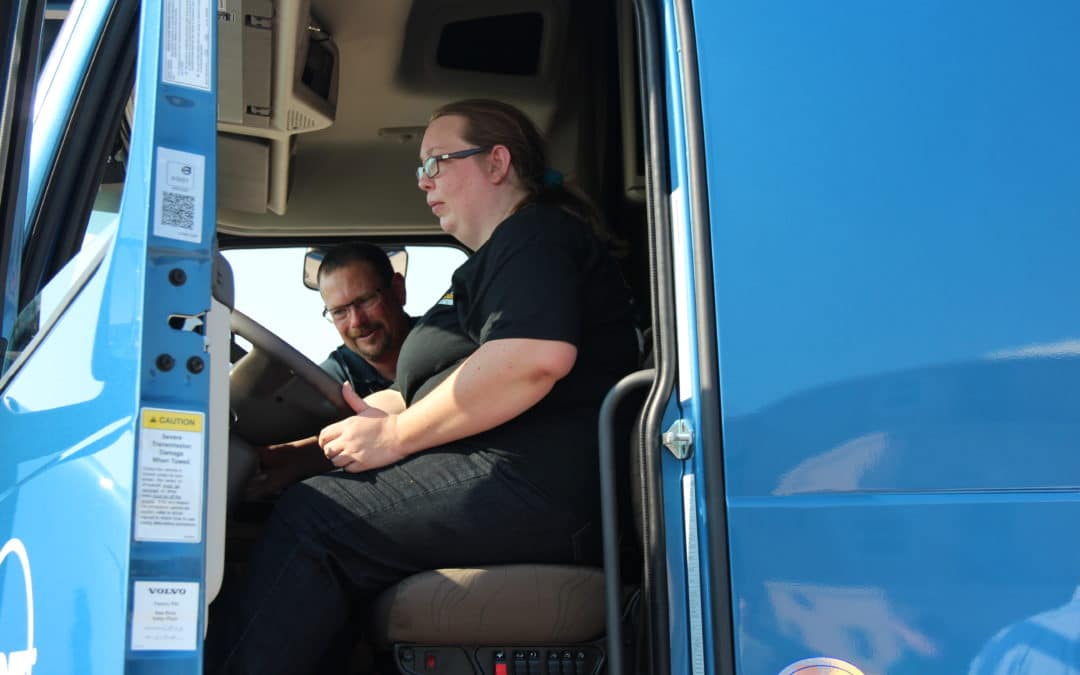 Do you feel the pressure build with every tick-tock of the clock? After spending a decade behind the wheel for Dot, I know exactly how that feels.

Drivers have to worry about time constraints, appointments and the need to fulfill the on-time expectations of customers and suppliers. Sometimes unexpected situations occur. You’ve lost valuable time and think, “How am I going to make this up?” Following are strategies which helped me to cope with — and overcome — my rush mentality.

Don’t pre-worry about being late

Focus on making sure you’re properly prepared for your trip and leave some wiggle room. A veteran driver once told me, “Plan for the worst and hope for the best.” I had been planning my trips using best-case scenarios and was setting myself up for failure.

Have a game plan

Proper trip planning is a fundamental component. Knowing your schedule, route, weather, special events that could cause increased traffic, fuel stops and where to park for your break are all factors in time management. Leave on or before your due-out when you can. If you’re not able to leave on your due-out time for unforeseen circumstances, ask your dispatch team if they can change the appointment times.

Identify or be aware you are feeling rush anxiety

There’s an adage, “The hurrier I go, the behinder I get.” While unloading, I would get sloppy, make errors, and then have to go back and rework it, which put me more behind. Remind yourself to slow down and concentrate on the job at hand.

Once you see an issue that will cause you to run late, let someone know. The sooner your dispatch team can get in front of this, the better chance alleviating some of the rush anxiety later in your schedule.

When you are late, a customer or supplier will work you in when they can. If you communicate early (and often) with dispatch and provide updated ETAs, you may not have to serve any time. Usually, customers and suppliers will thank you for making them aware of your schedule.

When I was feeling rush anxiety, I would lose my focus on being a safe truck driver. Beating the clock was my only thought. It was not until I had a near miss with another truck that I realized I needed to work on my rush mentality. I had been lucky to avoid an accident — not skillful or professional.

To be a safe, professional driver, I had to deal with my rush mentality. I returned to the fundamentals: not pre-worrying about being late, proper trip planning, and slowing down while working on a dock. I focused on communicating promptly and asking for help or support when problems arose. I worked on improving my attitude and behavior toward others and chose to avoid letting the clock dictate my behavior.

The single most influential tool I used was the Smith System of driver safety. I asked for a refresher book and took the time to relearn the Five Keys. Then I forced myself to use them.

As professional drivers, we need to be aware that the rush mentality not only affects our safety but that of other drivers. We need to make sure that we are not the ones that others have to look after.

Certainly, there will be times when situations are out of your control. Focus on what you can change. It will take commitment, self-discipline and patience to overcome rush mentality. You owe it to yourself and your loved ones to make this change. I hope by sharing my experience, it will help a fellow driver work smarter – and drive safer – when put in a time-sensitive situation.

How do you stay calm and stress-free on the road? Let us know!