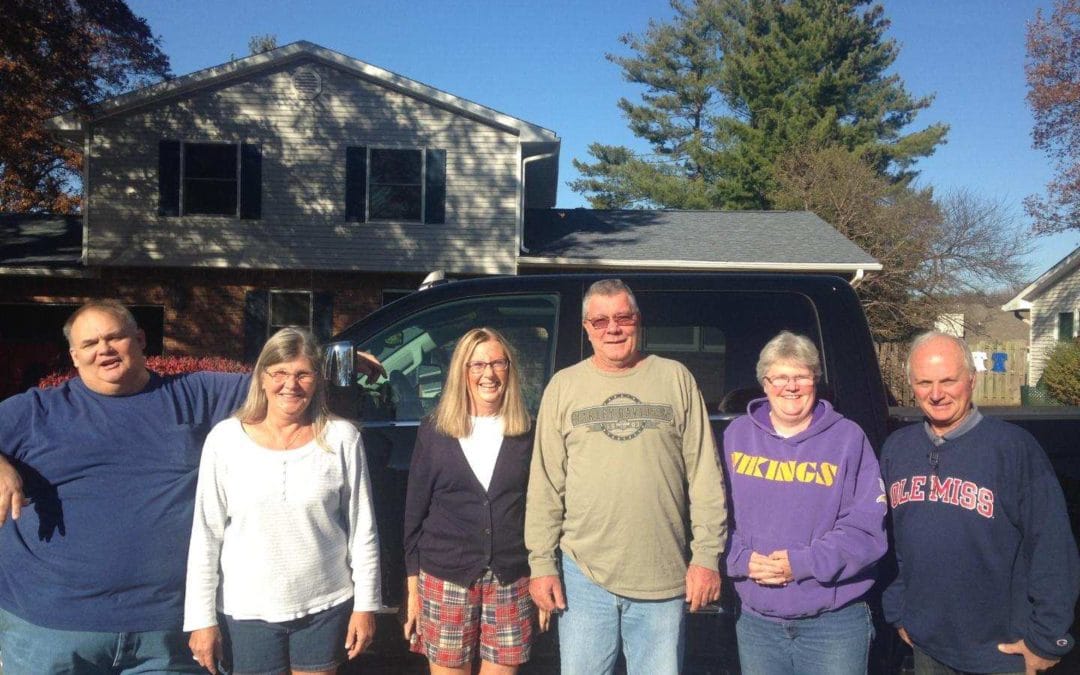 At Dot, we honor and respect military veterans. We’ve increased the number of veterans hired to Dot Transportation tenfold in the last ten years. Here is another feature of just one of our amazing veterans in truck driving.

Mt. Sterling, Illinois, driver Jim Penton voluntarily joined the military in a time when it wasn’t very popular to do so. But for Jim, it was the right thing to do. Jim followed in his brother’s footsteps, quit high school and swore into the U.S. Marine Corps at the very young age of 17. He was shipped off to the Troop Depot in San Diego, California for Basic Training.

After Basic Training, Jim was sent to Camp Pendleton, California for his Infantry and Motor Transport (truck driver) training. Upon graduation, Jim received orders to Vietnam. He went home for 20 days, turned 18 and in late July was on a plane headed overseas. The plane laid over in Okinawa and while there he got “blue tagged,” meaning his orders were canceled, and he was to serve his one year in Okinawa at Camp Foster.

While at Camp Foster he went on a three-month float. During the float, he visited Subic Bay in the Philippines, Taiwan, Thailand and spent New Year’s Day 1972 in Hong Kong and Japan. As one might imagine, it was quite the adventure for a young man from small-town, mid-America.

One of Jim’s highlights was the trip to Iwakuni, Japan which involved a 24-hour train ride up and back to visit his brother who he hadn’t seen in over two and a half years. In the spring of 1972, they asked for volunteers to open an airfield in Vietnam. So, after eight months in Okinawa, Jim again was on his way to Vietnam.

The new airfield was in Vietnam located approximately 35 miles south of Udon Thani, Thailand. While in the country, Jim found himself part of multiple convoys in unmarked vehicles moving building materials and supplies from Thailand to the airfield. Once the airfield was established, it supported two F-4 squadrons and one A-6 squadron. Jim hauled ammunition and missiles from the ammo dump to the airfield numerous times a day with each round trip taking three hours due to the road conditions and the stability of the cargo he was moving.

Back On U.S. Soil

In 1973 Jim was reassigned to the 24th Marine Division in Camp Pendleton in California where he served as a staff duty driver transporting VIPs. During his time there, Jim enrolled in a program designed to help those in the military to finish high school at Escondido Community College, and in February of 1976, Jim received his Escondido High School diploma.

Jim separated from the Marine Corps in March of 1976 and went back to his home town. After the service, he went into construction and even had his own drywall business for a while. In 1979 Jim started working for AC Humko as a machine operator and as the lead on the processing line of the packing floor.

In 2010 the plant shut down and after nine months of unemployment, Jim got a government grant to go to truck driving school. Upon graduation from the driving course, Jim went to work for Mason Sound as a truck driver for Rodney Carrington, Eric Church and Forest L. Wood fishing tours.

In February 2013 DTI part-time driver Ken Willis told Jim that he should look at getting on at Dot, and so his most recent adventure began.

Jim says that the environment at Dot is familiar to him. It reminds him of the military with its structure and chain of command, except that Dot usually always has an answer for his questions, unlike the military who just tells you to follow the orders. He is happy to be at Dot, pointing to the pay and outstanding benefits as his favorite perks, and is disappointed that he didn’t come to Dot sooner.

“It’s an honor to serve our country and I would do it all over again,” Jim says. He really appreciates the fact that Dot recognizes their veterans.

Jim lives in Jacksonville, Illinois, about 45 miles from the Mt. Sterling facility. He has two adult children, Jennelle and Jacob, and one grandchild, Ian. In his off-time, he enjoys fishing, camping, hanging out with friends, cooking and boating. He is best known for always being there to help a friend.

From Dot and Dot Transportation: Thank you, Jim, and all our great veterans for your service to our country!

Are you a veteran in search of an exciting and fulfilling new career? Apply to Dot Transportation today!