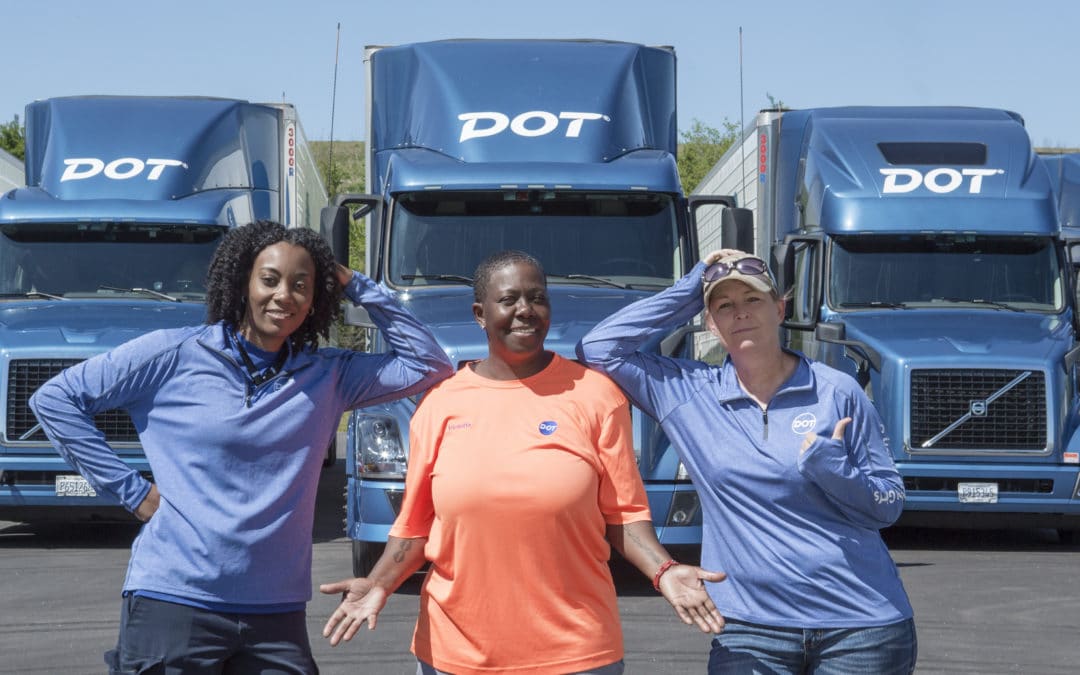 Achieving a gender-equal world requires social innovations that work for both women and men and leave no one behind.

This year’s theme for International Women’s Day is #BalanceForBetter—Think Equal, Build Smart, Innovate for Change. According to UN Women, the theme this year “puts innovation by women and girls, for women and girls, at the heart of efforts to achieve gender equality.”

How Does This Relate to Women in Trucking?

Women represent a small 12.5 percent of the entire truck transportation industry, according to the U.S. Bureau of Labor Statistics. And they then comprise a meager 7.89 percent of the truck driver population.

While there are a fair amount of fantastic women-run groups out there looking to improve those statistics, such as Women in Trucking Association, REAL Women in Trucking, and other individual influencers, there is still a significant imbalance of men to women in the trucking industry.

That being said, trucking is no longer just a man’s world. Many women across the country have decided to try out the trucking waters, as non-traditional career paths are becoming more and more common. Especially with the recent truck driver shortage, many companies — Dot Transportation included — are redirecting their recruiting tactics to appeal to women who want to get behind the wheel. Here are a few of those ways Dot has stepped up to the plate when it comes to encouraging female truck drivers.

Equal pay between men and women is a topic that has been at the forefront of many people’s minds in the past few years.

Many truck driving jobs enable women to be the primary breadwinner for their families. And considering half of American families with children are supported heavily by women, earning wages that allow them to support their families is a notable positive of truck driving.

“As a truck driver, you make the same amount of money as your male peers, because you either get paid by the mile or the load of the percentage,” said Ellen Voie, Women in Trucking president. “So, gender is not an issue in pay in the truck industry for drivers.”

Safety on the Road

Companies have turned to women drivers because studies show women tend to be more cautious behind the wheel—meaning less trucking accidents and slower speeds. Women are also more likely to do a great job at paying attention to detail, which is essential as truck drivers have to manage their time, their routes, and update their dispatch team.

According to Dot Foods Oklahoma Director of Transportation Jim Robertson, women tend to have a holistic point of view that is valuable in any business.

“Most of the women I have had the opportunity to work with were also more skilled at catching the details,” Robertson adds.

Dot knows a thing or two about stability. We haven’t had a single layoff since our founding in 1960—we take pride in the stability we bring to our employees and their families. Almost 60 years later, Dot is still running strong and has become the largest food industry redistributor in North America.

The stability Dot offers our drivers gives them the opportunity to develop a career and provide for their families for years to come.

How can we forge a more gender-balanced world in trucking?

According to DTI Director of Operations Duskee Kassing, the best way we can forge a more gender-balanced world in trucking is by not worrying about what roles looked like traditionally or who used to be in them.

“If you are interested in operations, or segments of any job, go for it!” said Kassing. “Go do you!”

This goes for both men and women—women can be truck drivers and construction workers, and men can be nurses and teachers. If you have an interest that drives you, that’s all that matters.

Dot’s founders, Robert and Dorothy Tracy, understood that for their company to be a success, it would have to be built on a foundation of strong values—and those values have never wavered since Dot’s founding in 1960. A sense of family, honesty, teamwork, and accountability—that’s what you can expect when you drive for Dot. No matter your gender.

At Dot, we know the real key to our success is our culture. Friendly. Honest. Innovative. Hard-working. Welcoming. Without a doubt, you will find a home here!

Achieving a gender-equal world requires social innovations that work for both women and men, and leave no one behind.

Learn more about a career driving with Dot

Ready to get a jump start on your career with Dot Transportation?