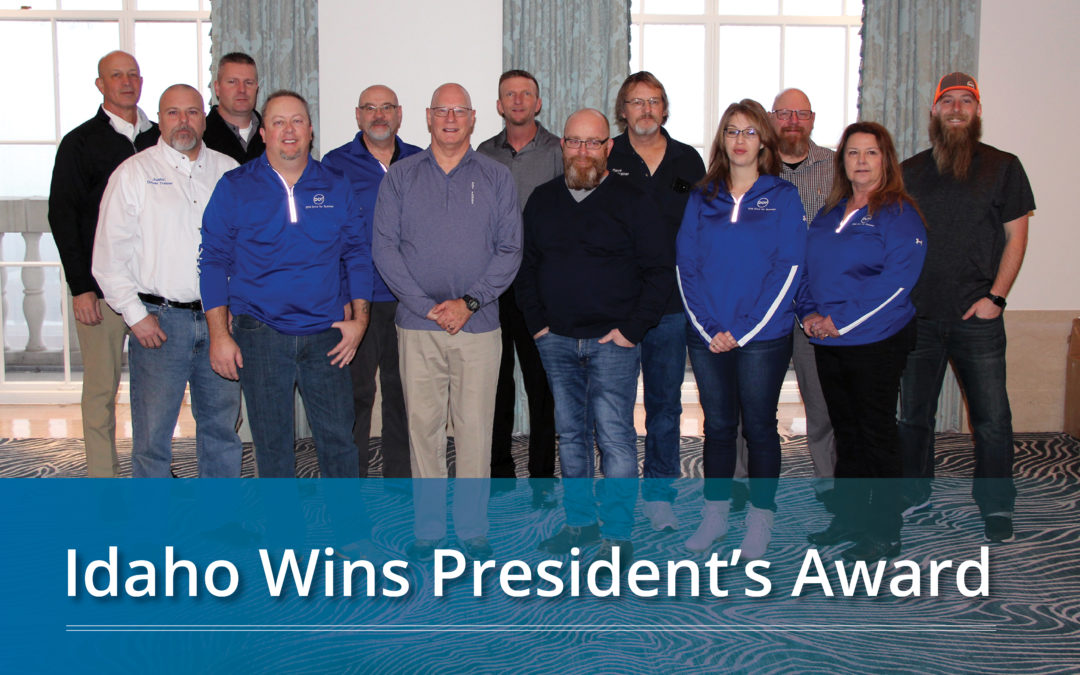 Our Dot Foods Idaho fleet has won the President’s Award four out of the last five years. Even though they’ve often had other distribution centers (DC) nipping at their heels, they’ve remained front-runners and brought home the trophy!

Sherry Woods, Director of Transportation in Idaho, shared that there several things they do to continue leading the pack:

In addition to annual training with a focus on safety, other approaches include:

Because the DCs are quite competitive regarding the President’s Award, those responsible for leading the Idaho team frequently reinforce to drivers that they, the drivers, are in control. By getting out and looking and understanding the big picture, they can prevent many accidents from happening.

Congratulations to the Idaho Team!