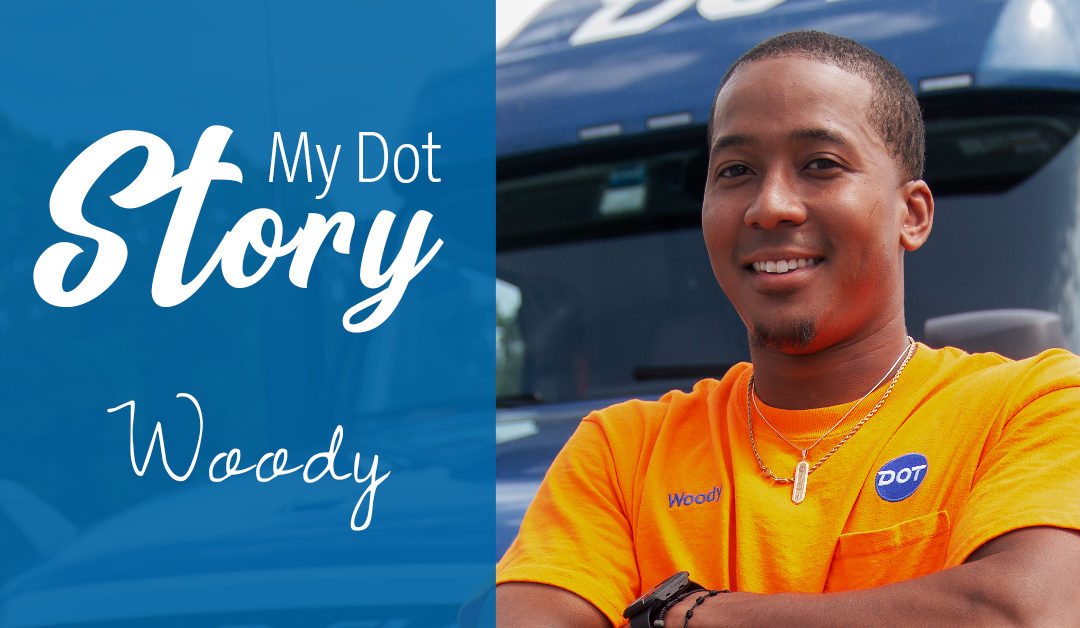 My Name is Woody, and This is My Dot Story

Woody grew up around trucks, cars, and sports. He was even drafted to play major league baseball.

“My whole life I played sports. I played every sport, actually,” said Woody. “I grew to love baseball. Baseball was going to be my way out. I got the chance to get drafted by the San Francisco Giants, and I played for about two and a half years. Then I came across an injury.”

When Woody decided to walk away from the game he loves, he was trying to “find peace.” He ended up finding that peace at Dot Transportation, Inc.

It’s no secret that being a professional truck driver is hard work. But it tends to be a lot more than people are expecting.

“There’s a lot more to [trucking] than just driving a truck and coming home,” explained Woody.

With the need for a sudden career change, Woody was able to find a balance between work  and life, and the pay he was looking for.

“With Dot, I feel like I’m well taken care of,” said Woody. “When I saw that they had a four [days] on, four [days] off option, I was like, ‘I’m going to start with that’ because you can still make decent money and then still do what you like to do. It’s kind of like the best of both worlds.”

Woody on Driving for Dot

When asked what the best part about working for Dot and driving a truck is, Woody said that it’s the fact that “you get to go places.”

“I [also] learned a bunch of stuff about food I never knew existed. It’s special with Dot. You get to see, like, big picture things. Like I never thought the steak that I see and buy could probably come from a Dot truck.”

Long story short: “I just feel peace,” reflected Woody. “It’s like I’m working without working. So I really enjoy it. And I don’t think I wanna leave!”

Ready to start your own #MyDotStory?